Among all the friends and brothers, you were the one person who was chosen for the best man role. While the feeling is overwhelming and you can’t help but feel the tiniest piece of smug slowly sticking out for everybody else to see, you still have a ton of to-do list to accomplish before the day of. One of these tasks includes planning for the most-awaited bachelor’s party everyone is expecting before the bride and groom tie the knot. Chartering a yacht or going for a destination weekend is a good way to party but the cost can be steep. Also, not everyone can stomach the waves that would smack the yacht every now and then—literally. 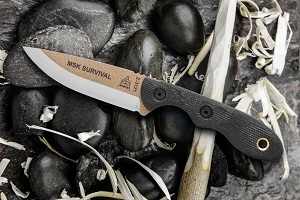 The most friendly, most accessible, and fun trip everyone can participate in would be overnight camping out in the wild. Here, friends will be able to brag about the survival skills they learned from Boy Scout. And let’s face it, a good game always brings a sense of pride when you’re gathered together in the campfire eating freshly caught pheasants and fish. However, you need a good camping knife to do just that. Of course, everybody has their own camping knife freshly bought just for the trip, but does anyone know how to take care of it?

Keep Your Knife Away From Rust-Causing Compounds
Rust is a metal ulcer. Once it attaches itself to the metal, it would thrive and would ultimately ruin the quality of your knife. When you guys are in the wild, the only trusty tool you could count on is your camping knife, so better keep it away from rust-causing compounds such as water or even moisture. After using your knife in filleting the fish and gutting the pheasant, carefully wash it, after which, wipe it with a dry clean towel. Always keep your knife in its sheath and never place it haphazardly where you won’t be able to find it right away. Do not ever leave your knife outside, overnight, as moisture will be able to creep its way through, completely ruining your knife.

Hone Your Knife After Use
Regular honing of the knife is an effective way of straightening the cutting edge of the blade for smoother, more accurate cuts. You don’t have to sharpen your knife while on this trip as this is only an overnight adventure. Also, be very careful about sharpening your knife once you get home. If you and the guys have bought high-quality knives made of super sharp steel, then there is no need for frequent sharpening. The cutting edge of the blade could get uneven especially when used against hard objects like wood. It’s inevitable for you and the guys not to whittle some wood for the campfire and your knife is the best tool to do just that. There are also other things for which your knife will be used, and that’s woodcraft among other things. These activities could cost the edges of your knife to become a bit jagged, so, honing them after use is the best way for them to last really long.

Use it Properly
Your camping knife is there for a reason and that is for you guys to survive in the outdoors. We’re not talking about killing wild animals here. Also, just make sure you’re not bringing the group, especially the groom to a perilous campsite. You don’t want to put the lives of these men in your hands especially if they’re really poor in survival skills. Always remember as well that a knife in the campsite is not a weapon but a tool.

Get your camping knife from the best place where you can get all premium knife brands at an affordable price—The Knife Connection.

Erasing Your Data before You Sell Your MacBook Air

Attention Hunters, Yes, [Some] of You Should Use Shell Catchers for Your ARs